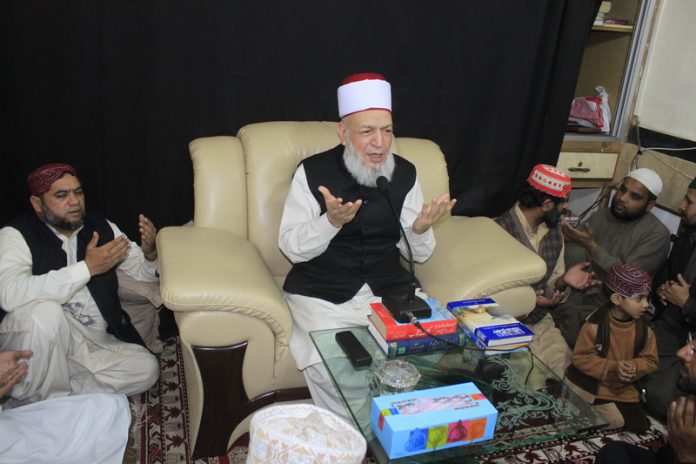 Huzoor Ghaus Pak was a great preacher, a great educationist, a great moralist and a great doctor of Muslim law. He was the glory of the learned and the light of Islam; the Spokesman of theologians, the Interpreter of spiritual knowledge, the unique Leader of Leaders; the Chief of the chiefs; the Succourer of all creatures, the king of Baghdad, Chief of the contented souls, the incomparable, the Reviver of Religion and the head of Silsillah e Qadria.

In Rabi al-Thani, the anniversary of Huzoor Ghaus Pak is celebrated with the traditional zeal and zest. Muslims throughout the world in this month zealously make arrangements to offer Niyaaz and Fateha of Huzoor Ghaus Pak. Charity is also given as a means of “Essal e Sawaab”, which means conveying the reward of. In the regard of Essal e Sawaab, there is a Hadith reported by Hadrat Anas bin Malik (Radi Allahu ta’ala Anhu) that he asked the Most Beloved Prophet (Salla Allahu Alaihi Wa Aalihi Wasallam): “Oh Messenger of Allah, when we give charity on behalf of our dead and perform Hajj on their behalf, do they receive the reward of these actions?” The Beloved Holy Prophet (Salla Allahu Alaihi Wa Aalihi Wasallam) replied: “Definitely they receive. Not only that, but they become very happy, just as any one of you would become happy on receiving gifts.”

In this year too, on 5th March 2012 Monday (11th Rabi ul Thani 1433 Hijri) at 10 PM PST, the Annual Bari Ghiyarven Shareef was arranged under the kind supervision and the guidance of Sarkar Haji Sahib. During the event, the grace of Sarkar Haji Sahib is indescribable. Sarkar Haji Sahib was wearing the white suit, black waistcoat and a beautiful cap which was used to wear by Huzoor Syedna Tahir Alla u Din and the other religious Saints. The dressing was alluring and highly attractive to the followers.

Qari Amjad Ali Bilali Brothers presented a special kalaam in the honor of Sarkar Haji Sahib which was too much liked and enjoyed by the audience; the first two verses are mentioned below:

The program got ended with the special prayer by Sarkar Haji Sahib and the food was served to the audience at 2 AM PST.